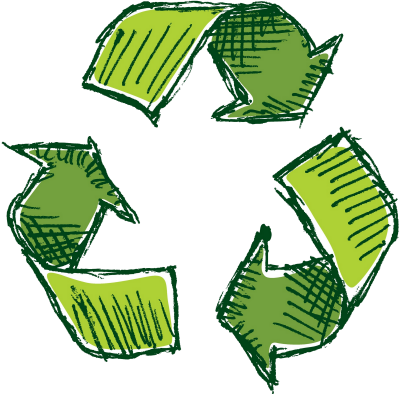 LEAN is a manufacturing term often used to describe process improvement that minimizes waste.  <– That’s a LEAN sentence!  With respect to IT and IT solutions, waste in our view is over spending.  There are certainly other factors like under-skilled staff wheel spinning turning small tasks into mammoth undertakings but that too is “waste” and technically over spending (over spending of time).  We are experts at saving you money!  In fact, our biggest client which was one of our first regular clients had a problem another IT firm kept coming back in to fix.  I’m not 100% certain what their fix was other than rebooting the server.  Rebooting the server to fix the problem means they weren’t a highly technical group doing systems support and inefficient.  I’m OK with rebooting however, the first part of a LEAN philosophy is getting down to the root of the problem, properly understanding or troubleshooting the problem and fixing it so it doesn’t happen again!  Having to continually get into a vehicle, drive over who knows how many miles round trip, investigate the issue only to reboot a system that then causes downtime and inconvenience to end users isn’t acceptable.  The CFO whom I knew gave us a call and we took a peek.  The problem was related to DNS and without getting too off topic…we resolved the issue.  I often say; and colleagues will attest…”It’s always DNS”.

LEAN IT in our view then is mainly defined as spending the least amount of money (minimizing waste) and getting the best solution in place to meet your goal thus maximizing its usefulness and ROI.  Again, minimizing waste or the expense of resources is LEAN.

The above example may be debated from certain perspectives by some but in my view there is no debate.  Some might say that open source (Zimbra) isn’t “Enterprise Class” or “Business Class”.  Take a moment and look at your phone or perhaps look at your tablet…or think about Amazon, Google, and Apple who are all competitors with Microsoft.  No really…look up from this blog post, stop reading and look at your device, then think…what is in my hand?

You’re not running a Microsoft phone, perhaps a tablet but certainly not a phone (they dropped below 1% of all the phone OS’s in use in 2017).  If you are using a phone you might be running one of two operating systems, the droid OS (operating system) that Google develops (which is an open source Linux kernel), or the Apple iOS on an iPHone (includes Open Source code).  The fact is, Open Source and free software are utilized in the enterprise!  Amazon, Google, Apple…all directly compete with Microsoft.  Apple and Google are currently valued at a greater dollar amount than Microsoft with Amazon and Facebook nipping at their heels!  Amazon, Google and Apple didn’t build their empires on the backs of Microsoft but rather they built their empires standing on the shoulders of Open Source technology (and sometimes FREE software brought to you by GNU!).  90% of the Internet doesn’t run Windows and companies like Google and Amazon are actually building their own proprietary technology (computing systems) to run their enterprises (routers, switches, servers) to maintain high levels of control.  In fact, the “enterprise class” or “business class” term is kind of a legacy term old companies use to rest on their laurels and shame more disruptive Open Source or free technologies.  You can’t disrupt using non-distruptive tech (Windows, Cisco).  When you’re using Windows and Cisco you’re actually using “legacy systems“.  Someone would be hard pressed to find a disruptive technology that used Microsoft or Cisco…I can’t think of one.  Microsoft and Cisco generally buy disruptive companies to stay relevant if they haven’t already stolen the technology or built parallel technology.  Building parallel technology is just another way to say you reverse engineered functionality into your own product like FaceBook recently did to SnapChat by adding SnapChat features into FaceBook – Link.  Theft; crooked practices, deception…the mark of a true tech juggernaut!  Microsoft bought Skype and Cisco bought Meraki, Skype and Meraki were disruptive respectively in their tech space.  Microsoft gave up on MSN Messenger and Cisco couldn’t build what Meraki did…likely because of their legacy mentality.  Recently for some reason (perhaps Skype) Microsoft started touting how compatible BSD, FreeBSD, and BSD based operating systems were on their Azure platform.  I don’t know why Microsoft cares about BSD quite frankly…they hint at it in this blog post about top tier virtual appliance makers using BSD for their platforms…very true!  Clearly Microsoft isn’t a top tier appliance maker (LULZ), Netgate the maker of PFSense is in their list of honorable mentions, right up there with Citrix and the only virtual appliance Netgate has is PFSense further legitimizing that as a router platform.  What do we now know?  We KNOW that disruption and “enterprise class” no longer means Microsoft or Cisco!

Zimbra then is certainly “Enterprise Class” (in our view) and therefore is a viable option because now even Microsoft is legitimizing it.  The vast majority of virtual infrastructure platforms, appliances and servers are all Open Source which forced the once mighty Microsoft to support it on their platform and even further develop the kernel (Azure & BSD).  What’s the goal then?  If our LEAN philosophy guides us into a preferred solution we need to ask what our goals are.  Our goals might be:

The cost is a glaring win for Zimbra.  The platform it sits on top of would be Ubuntu Linux, a stalwart of the Enterprise Linux breeds (and used by enterprises like Google & Amazon).  Does Zimbra do what we need it to do and meet our requirements?  Yes…then you just need the confidence of a group like us to implement it and support it.  It also has support you can buy from Zimbra (which happens to be included in that price) to escalate issues as needed which we’ve had to do on occasion.

How is this a LEAN IT solution?  For many reasons but mainly on price.  Secondary reasons are performance, functionality, manageability, and security. From the LEAN IT perspective going with an email solution like Zimbra minimizes financial waste…you’re not wasting your money and it has all the functionality an enterprise needs, is comparable and as compatible if not more so than Microsoft Exchange.  There are other factors to consider like backups which we won’t delve into but this should give anyone interested in LEAN IT an idea of the direction we might go.

Note:  Depending on the goal the Office 365 solution might be better…why?  If your organization decides to let an “Exchange Admin” go whom you’re paying $70,000 per year + benefits + FICA + bonus + whatever else – then THAT solution is the no brain’r…you go with Office 365 and get another IT staffer who’s not an “expert” to manage the hosted solution letting the other fixed cost go.  That’s why it’s hosted…you pay Micro$oft for support, they will hold your hand and help you through whatever your configuration is.  You’re annual fee is your ability to rent a team of experts who manage and host the infrastructure.  Additionally you always get the latest MS Office version…yet another win for Micro$oft and one of the only reasons they’re still around!  You now cut your Exchange costs from $100,000 to just $27,000 saving $73,000 per year.

It can get complicated and when we advise on technical direction we take many things into account.  These decisions can impact your business in extremely positive or negative ways but you need to have confidence in a partner like us who can advise you from experience.  Sometimes we can only make projections and by systematically projecting what may or may not happen we get awfully close on a successful LEAN solution.

We saved one client over one million dollars per year in IT costs compounded almost over a decade of service.  Their budget as a total spend of their gross annual budget was .03 %.  Yes…less than half of half of one percent.  Typical industry standards depending on your industry are anywhere from 2.5% / 3% –> 7%.  We can’t do that for everyone but we can still affect your business in amazing ways and the savings scale the larger your company is.  Even moving the needle 1% downward could make an amazing reallocation of a budget you could funnel into executive compensation, sales, marketing or R&D…maybe employee profit sharing?

If your IT budget is out of control (OC) or perhaps in control but needs a fresh look give us a shout.  We can see where you’re at and where you’d like to be…then get you there!