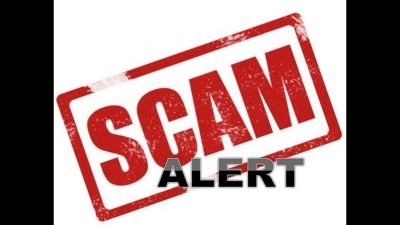 Have you been contacted by “Microsoft” to verify your Microsoft Licensing and do a SAM Audit?  Are you scared that the big bad $osftware company will come and lock you up (chants of “lock her up” are ringing in my head right now).

Fear not – tell them to shove it up their Bing!  Cortana, go home!  Politely decline their offer 😉

Over the past five years I’ve had three clients receive emails from Microsoft but they’re not actually from Micro$oft or phone calls and I did a quick search online…others are so confused.  How do I know this?

The process is simple.  Microsoft doesn’t really care about people using illegal licensing these days because the process of licensing has changed to online registration and cloud driven software licensing.  Seriously, the SAM audit does also audit your cloud services but why?  It’s a complete joke…if you don’t pay when you’re in the cloud you don’t stay…your service stops working and an “audit” is so totally pointless.  At one point in Microsoft’s history everything was a paper based key or a key you’d type into the software which was baked into the compiled application.  There used to be key generators, key crackers and tons of methods to illegally use Microsofts software including things that would futz with the clock on your PC to trick the “30 day trial” into never expiring.  All clever methods for the software cheapskate.  People and companies looking for bargains can still use other methods not to buy expensive versions like buying the “stand alone” version instead of the “network version” then installing the stand alone on the network and using it like the network version…that has problems too.

…this particular SAM Audit or License Verification is all about Microsoft contracting with a 3rd party to cast a wide net and phish for non-compliance.  Ultimately, I think this is mainly Microsoft using the SAM Audit process as another sales channel to resell companies software licensing they already purchased.  As a result of the software licensing models CONFUSING and COMPLICATED layers of if’s, then’s, do while’s…quite often companies will buy something they don’t understand particularly now with server software being based on the number of cores (like SQL Server).  Should I get device or user terminal licensing, can the terminal server licensing have 128 GB of RAM or 20 processors….or, does a phone count as a “device” license if it’s an Android or an iPhone…?  It’s all just crazy and another win for Open Source & Free Software (in my view) because they don’t sell you licensing, they sell you professional service and features.

The request for a Microsoft Licensing Audit is legit but you don’t have to do it.  It’s a voluntary process.  It looks like this then…

An email (or a phone call) from a foreigner (that 3rd party) comes in at you and says:

Microsoft would like to perform a Software Asset Management (SAM) review with XYZ COMPANY and to help them understand licensing offerings that Microsoft has recently introduced.

Isn’t Microsoft always introducing something?  Gawd…they’re the worst.  They have a million different products, I’m surprised they aren’t selling groceries yet.

The email and script they read if they call is a form email out of a Microsoft CRM because the company name is the same name that shows up on your account (most likely) for the software you bought from Microsoft (or a channel partner).  It’s in bold and in all capitals, a dead give away sompin-ain’t-raaaaaahhhhht.  Furthermore, they’re not honest…they say “Microsoft would like to perform…” when really it’s a 3rd party scumbag and if the scumbag happens to find something, Microsoft benefits but in no way shape or form is it MICROSOFT doing anything other than allowing these 3rd parties to use Microsoft’s name, CRM and customer list.  In my view it is kind of a breach of the trust between a client and Microsoft but then again…Microsoft shares everyone’s data with a 3rd party if they can make a buck and that’s no lie!

In the FAQ it says:  “No penalties are enforced if shortfalls in licensing are found“.  They just recommend you get properly licensed.

This may or may not be of value to an organization.  To our clients it’s typically not because all the licensing is above board.  If you’re above board and solid, again…politely decline their offer and they’ll go away.

Lastly, it’s a waste of time to entertain them because if you have an organization of size it takes a LONG TIME to go through their documents and is a massive waste of time.

I happen to know of one company who went through this and they ended up having to pay $20,000 dollars to bring their organization up to speed.  I think it was the Microsoft Office suite that got them.  That’s what pays Microsoft’s bills to this day (Office 365).  It’s the drug everyone is hooked on for some reason…who’d of thought, a document or spreadsheet which is simple and the least sexiest thing in tech but boy…they print money with that product!

Office isn’t cheap either and I believe they had a mix of office 2003, 2007 and 2010 (at the time).  Those were all paper licenses or keys and you could register the same copy multiple times.  It’s certainly smart of Microsoft to do a SAM audit in that context but if you’re confident you’re licensing is solid I’d ignore their request.  If the suits show up with a warrant then by all means…do the SAM but that won’t happen 🙂

If you need assistance with anything technical including serious out of the box thinking on things like licensing, open source & free software solutions, engineering, IoT solutions we’re the company you NEED to contact.