The real scoop on RMM (Remote Monitoring and Management) 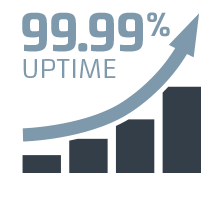 I’ve seen a lot about RMM aka “Remote Monitoring and Management” online lately.  I think the companies offering RMM tools is geared toward the typical MSP or “Managed Service Provider” although “in house” IT shops can also use these systems.

The things they offer are usually:

The thing about RMM I don’t like is how it is used as a sales tool.  As though remote monitoring will magically make support response times faster or better.  That’s a myth!  It won’t because they’ll be more toward the end of your 4 hours SLA response time (LOL).  Regardless lets go through the points that each have pluses and minuses.

…is great but it’s a commodity.  For desktop support it’s great, the user can show you what’s happening.  Real IT people can often fix something on the “back end” with a remote command shell (yes even in Windows).  I often leverage VNC to do remote work with an end user which installs as a service.  So with my VPN & VNC we’re good to go plus I have access to the infrastructure as an administrator so I can terminal in with a remote command shell.  Do you need “RMM” for remote access and screen sharing?  No.  Does an RMM package make it all easier?  Yes.  I don’t think the price point is there for me or my colleagues since we know how to manage systems but for less talented desktop support derps I would suggest RMM for this very reason.  So your lower level talentless hack staff without neckbeards can do their job. 🙂

…this is debatable.  I usually point a policy at Windows and tell it to install the updates right from Microsoft.  Does this hit bandwidth?  Do I not have granular control? Maybe but nobody feels it because bandwidth is plentiful these days and on top of that a WSUS Server (Windows Server Update Service) is a pain to manage AND you have to think about it.  The “pain” in managing it is you have to think about it, you have to know what KB’s apply to what OS’s if you have a multi OS infrastructure, what applies to what…it’s maddening.  I’ve seen LOTS of infrastructure with WSUS servers but they are typically woefully out of date because nobody logs in to approve the updates!  This holds true for the RMM patch management cousin of WSUS.  Patches, updates, etc still have to be MANAGED!  It’s better to just let Windows manage it for you – the only useful thing Microsoft actually does!  Literally, they release them, the windows update services looks at Microsoft and says…oh, I need this, I need that…install at xyz time and reboot if necessary.  Microsoft approves the updates for you!  It’s almost a hands off approach to do it this way ;).  Do you need RMM for patch management?  No.

…I guess.  AV and AM are commodities!  Everyone is doing it!  I’ve seen two RMM solutions with the AV and AM solutions integrated into it.  One was VIPRE and the other was Webroot.  I think they are both decent but again…they are commodities so price matters.  The cheaper you can go with AV and AM the better off you are.  Why?  Because if you’re good (like us) you have a security stack and one piece in the stack is to not let end users run as administrators or run exe’s (or other executables) via a policy that aren’t approved.  This virtually eliminates any baddy’s so what you’re protecting is the .00000001% chance there’s something that gets past your 7 layers of the policy stack.  AV and AM is literally the LAST ditch effort to block something malicious besides the end users saying…hmmmmmmmm.  Do you need RMM for this?  No, get whatever is centrally managed at the lowest price!  If you do buy an RMM solution they probably cut you a discount on the AV because it’s bundled into the license.  The only other nice thing about an AV or AM that’s integrated into an RMM is it’ll show up nicely on your dashboard BUT because you never get an alert it’s just such a non-dashboard item to me.  If by chance you’re in a “highly regulated” industry like finance or healthcare…then definitely, you need that!  You need it just to show your corporate overlords that while you’re getting hacked all your anti-virus is up to date.

…another eh…whatever.  More than half the time the remote installation doesn’t work.  Additionally, if you have something complicated like a pharmacy software the remote software installation won’t work through their derpy software which is usually just a collection of scripts using batch, shell (power or other), VB or WMI.  That’s why it won’t work for something specialized.  Windows Updates usually patches things like Office, the browser, drivers, etc so pointing that at Microsoft is easy peasy.  Portable apps are quite nice too if your organization can leverage those (I’m not at this time).  It’s pretty much just a copy of the directory over the old directory and you’re upgraded!  It can easily be scripted to do so with a boot up or login script as a group policy.  Also…this functionality is build into Windows Active Directory so you could leverage that for pushing things out like a FireFox MSI or Adobe Reader, etc.  You can push out software with group policy people!  Some companies us a produce like Microsoft SCCM (Microsoft System Center Configuration Manager).  With all the RMM stuff I’ve used I’ve never been that successful with a software push but I am scripting it myself and leveraging group policy!

The only thing RMM is uber useful for are things like this.  Hardware failures which is usually a reference to a hard drive that uses SMART.  The thing about this though is…business class servers usually have a management subsystem (Dell calls theirs iDRAC, HP calls theirs ILO I think) that can alert you to hardware failures.  I think I trust those subsystems better than I do any RMM solution.  A properly configured system from the start then wouldn’t require RMM if it has a business class / enterprise class subsystem.  The iDRACs from Dell are awesome and I’ve used them…it’s like being there!  I’ve used HP’s and IBM’s too…they rock!  Do you need RMM for this task then?  No.  If you buy RMM would you use and configure it…?  Yes.  Again…if you’re good you have redundancies built in and RMM just becomes less important.

…more meh…if you don’t know what’s on your network you shouldn’t be in this business.  The hardware and software audits are useful.  They aren’t totally useless.  It depends on the business.  Most office environments the systems are static.  They don’t change.  If they do change it’s usually because something broke, was replaced or upgraded like adding more memory.  I don’t really need a hardware and software audit to tell me what I’ve got where.  If someone suddenly doesn’t have a computer trust me…you’ll know about it LOL.  Do you need RMM to do hardware and software audits?  I suppose that depends on your company policy.  I have mostly experienced that companies (yes even big companies) don’t really care!  They know what they’ve got, where it is and what software is on it because it’s a highly controlled environment!  I’d rather spend some dollars on anti-theft trackers 😉

To conclude MOST SYSTEMS SHOULD HAVE 99.99% uptime!  Right? (I heard a cyber FBI guy drone on and after everything he said he said…”right?” LOL).

Assuming that most systems should be up 99.99% then you’re “monitoring” for .01% of an outage.  “Four 9’s” leaves you with just 52 minutes per year of downtime.  If you have “five 9’s” that’s just a shade over 5 minutes.  The “monitoring” piece is almost pointless.

The only useful thing about an RMM package in my view is:

2 – It’s easy to use for the less talented hack who’s usually answering the phone.  Give them something easy to use and they will tolerate their job.

Most organizations usually “silo” and if you’re big enough to silo an individual into silo’s like…hey Jane…you just do help desk then I think you need an RMM but if you don’t silo and you give your staff more access and autonomy then you probably don’t need an RMM.

RMM’s are probably cheap enough for most companies.  The MSP’s who don’t know how to do corporate computing I suppose it doesn’t matter because RMM at that level doesn’t help much.  I think RMM is useful for MSP’s who don’t have “engineers” and I use that term loosely!

Confused about the value your current IT firm is bring to the table? Want to drive down costs up to 80%? We’re the company you NEED to contact!